Many pain relief gels, creams, sprays and ointments are filled with strong, prescription-grade chemicals that are harsh to your skin, causing skin redness, skin rashes and may even trigger severe allergic reactions.

You can safely use this product 3-4 times a day on the affected areas for quick pain relief. 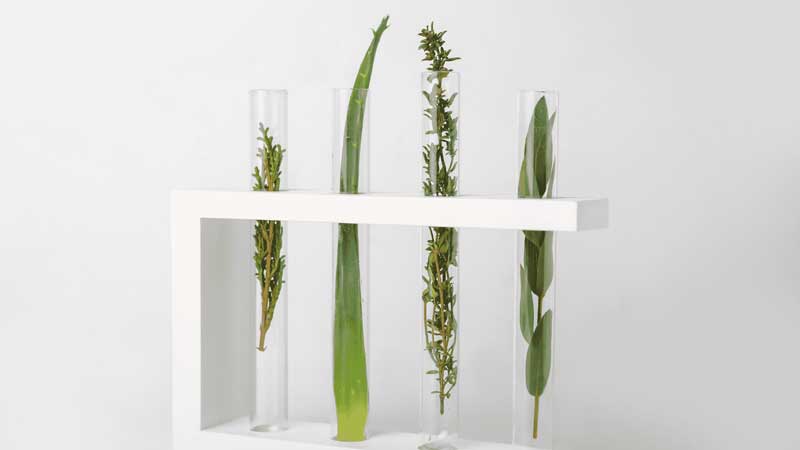 The Science of Pain Relief →

Some people are skeptical – we get it. But it happens to be true: the only ingredients are nature’s best! !Zixa Strong is composed of natural (plant-based) ingredients without the addition of any artificial preservative, additive, color, or fragrance. Our formulation would provide complete skin safety without any risk of hypersensitivity (allergy), or phototoxicity. The potential risk of skin irritation or other skin problems on long- term use or frequent use of this formulation on affected areas would be completely safe. The unmatched safety of this natural product allows frequent & prolonged use making it uniquely high-performing analgesic.

Learn about our ingredients here.

Eucalyptus oil is an essential oil made from the leaves of the eucalyptus trees.  The leaves are dried, crushed, and distilled to release the essential oil. After the oil has been extracted, it must be diluted before it can be used as medicine. The studies suggest that eucalyptus oil relieves musculoskeletal pain. Many over-the-counter topical preparations used to soothe pain from conditions like osteoarthritis and rheumatoid arthritis contain eucalyptus oil as an active ingredient. Eucalyptus oil helps to reduce pain and inflammation associated with many joint and muscle-related conditions. It is also effective in alleviating back pain or those recovering from a joint or muscle injury.

Eucalyptus oil contains many anti-inflammatory compounds, such as cineole and limonene which act as pain relievers.1 1,8-cineole is the main pharmacological constituent ( >70%) exhibits as a natural analgesic agent.2 1. 8 cineole interacts with transient receptor potential  (TRP) ion channels such as TRPM8, the cold/menthol receptor in peripheral sensory neurons, and TRPA1, an irritant receptor expressed in nociceptors. Eucalyptol stimulates TRPM8 receptors and these receptors are essential for at least some of eucalyptol’s analgesic actions. The stimulation of TRPM8 receptors by eucalyptol also causes its anti-inflammatory effects and reduces various inflammatory cytokines and other biomarkers. Analgesia mediated by TRPM8 receptors is likely to involve activation of central inhibitory circuits activated by input from TRPM8 channel-expressing peripheral neurons. Eucalyptol inhibits TRPA1 receptors and reduces pain by blocking the irritant response of this receptor.3

Therefore, eucalyptus oil is an agonist at the TRPM8 receptor and antagonist at the TRPA1 receptor. 1,8-cineole is a rare natural antagonist of human TRPA1 that has analgesic and anti-inflammatory effects possibly due to its inhibition of TRPA1.4 The dual action of 1, 8 cineole leads to significant analgesic and anti-inflammatory effects in various musculoskeletal pain and inflammation.

Menthol (also “mint camphor”), is a volatile oil extract derived from the genus Mentha (mint), is widely available in natural and synthetic forms. Cyclic terpene alcohol, menthol, acts as an effective analgesic and anti-inflammatory drug. Menthol is also a vasoactive agent that produces cutaneous vasodilation. It has been extensively used as traditional medicine. Applied to the skin, it imparts cooling. Menthol produces its topical analgesic action through an interaction with the dense network of nerves that are embedded in the skin’s dermal-epidermal junction.

Menthol, the cooling natural product of Pudina (peppermint), is widely used in preparations for pain relief in sports injuries, arthritis, and other painful conditions. Clinical studies have reported that topical menthol appears safe and effective in treating a variety of painful conditions, including musculoskeletal pain, sports injuries, neuropathic pain, and migraine.

Topical or oral administration of menthol produces analgesia of acute, inflammatory, and neuropathic pain. Menthol is a selective activator of transient receptor potential melastatin-8 (TRPM8) channels and is also a vasoactive compound. As a topical agent, it acts as a counter-irritant by imparting a cooling effect and by initially stimulating nociceptors and then desensitizing them. Topically applied menthol may also activate central analgesic pathways.1 Topical menthol has been shown to help relieve the pain associated with chemotherapy-induced peripheral neuropathy.1

The modern understanding of menthol’s pharmacologic mechanism of action (TRPM8 channels) may lead to an expanded role for this substance in the search for replacements for opioid analgesics. It might also serve as a template for the discovery of novel non-opioid analgesics.1

Wintergreen oil (methyl salicylate) is an organic ester naturally produced by many species of plants, particularly wintergreens. The compound was first extracted and isolated from plant species Gaultheria procumbens in 1843. For acute joint and muscular pain, methyl salicylate is used as a rubefacient and analgesic in deep heating liniments. Methyl salicylate relieves musculoskeletal pain in the muscles, joints, and tendons by causing irritation and reddening of the skin due to dilated capillaries and increased blood flow. It is pharmacologically similar to aspirin and other NSAIDs but as a topical agent, it primarily acts as a rubefacient and skin irritant. Counter-irritation is believed to cause a soothing sensation of warmth.

Turpentine oil is made from the resin of certain pine trees.  Turpentine is a well-known essential oil extracted by distillation from pine oleoresin. The oleoresin itself is provided by tapping trees of the genus Pinus. Turpentine oil is composed of terpene hydrocarbons (including α-pinene, β-pinene, limonene, 3-carene, and camphene), together with other oxygenated terpenes such as anethole.1 It is used as medicine. Turpentine oil is applied to the skin for joint pain, muscle pain, nerve pain, and toothaches. When used on the skin, turpentine oil may cause warmth and redness that can help relieve pain in the tissue underneath. Externally it is used as a counterirritant and rubefacient.

Turpentine oil has been observed to be used as a safe topical analgesic for the relief of neuropathic pain. It has been approved by  FDA  as an over-the-counter medicine for  topical application as a  skin protectant drug. A  study by  Russian scientists found turpentine oil to be effective in the treatment of distal diabetic polyneuropathies. In a randomized, controlled trial conducted in 300 patients, topical turpentine was compared with topical capsaicin for the treatment of painful diabetic neuropathy. This study concluded that turpentine oil is effective in managing diabetic neuropathic pain similar to capsaicin cream. Treatment with turpentine oil was safe and free of side effects.

Ajwain seed oil is known to possess several functional properties, namely antimicrobial, antiflatulent, antispasmodic, analgesic, antirheumatic, diuretic, stimulant, carminative, and expectorant. Ajwain oil contains thymol as the main active ingredient.1 The volatile oil present in the seeds of ajwain is one of the principal constituents responsible for providing a typical flavor, owing to the presence of thymol. It also contains cumene and terpene. Essential oil prepared from seeds contains thymol (50–60%), γ-terpinene, and p-cymene, along with α- and β-pinenes, α-thujene, myrcene, 1,8-cineole, and carvacrol.

Ajwain, an essential oil is traditionally used for neuropathic pain.3 Ajwain has been used in traditional medicine for relieving rheumatic, joint, headache, and neuralgic pain. The analgesic effect of ethanolic extract of Ajwain was found comparable with morphine and this effect was suggested to be due to its parasympathomimetic through descending pain modulating pathways.

A four-week, double-blind, randomized, placebo-controlled trial was conducted to evaluate the effectiveness of Ajwain topical cream on neuropathic pain. Ninety-two patients who specifically mentioned daily and nocturnal burning feet were randomly assigned to receive one of those interventions. The major outcome measure was an alteration in feet burning intensity (final week versus baseline week) regarding a visual analog scale on a 0-10 cm scale (0 being “no pain”, 10 being “worst pain”). Significant reduction in feet burning scores and numbness, tingling, and allodynia were found in the Ajwain group compared to placebo. This study revealed the significant difference between topical ajwain and placebo in patients with neuropathic pain. Topical Ajwain can be a good candidate for the alleviation of feet burning, a neuropathic complication.

Camphor (Cinnamomum camphora) is a terpene (organic compound) that’s commonly used in creams, ointments, and lotions. Camphor oil is the oil extracted from the wood of camphor trees and processed by steam distillation. It can be used topically to relieve pain, irritation, and itching. Camphor is also used to relieve chest congestion and inflammatory conditions.

Camphor is an FDA-approved topical analgesic and anesthetic used to relieve pain.1  Topical application of camphor is recommended in the treatment of osteoarthritis. Camphor has also been shown to have anti-inflammatory effects in animal models that are useful in treating arthritis. To use, apply the camphor cream to any affected areas several times per day. Camphor oil can also help reduce chronic muscle and joint pain over longer periods. One 2016 study, for example, showed that camphor oil helped relieve lower back pain.2 With dual hot and cold action, camphor oil numbs and cools nerve endings, then warms the painful area as it increases circulation to stiff joints and muscles. In a systemic review and meta-analysis, camphor-based topical analgesics are effective in acute and chronic low back pain. The effect was found to be better as compared to topical diclofenac.